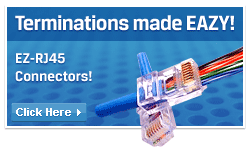 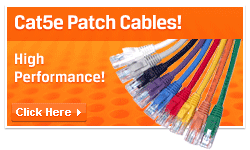 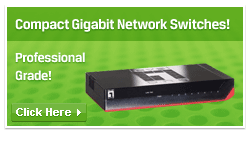 Networking is a huge term that describes the design, installation, and implementation of a network infrastructure. The network infrastructure of a home or business can include the networking of numerous electronic devices and components as they communicate to support your technology needs. Networking can consist of just a few simple devices or 100’s of devices depending on the size of your network. It all depends on the quantity of devices you have in your network, and the requirements you have for supporting your technology needs.

Use the Networking Product the professionals use!

The term “networking” alone can be a little intimidating. Most people right away think that networking means you must have a degree in computer technology to understand or implement a network. The truth is many people perform networking duties everyday in their home or office without even putting any thought into it! In its simplest form networking could include anything from installing a computer to a network, adding a printer to your computer, installing a data line at your office, or just adding another device to your laptop. On the opposite end networking could also include anything from implementing a network switch at your office to installing an elaborate computer network consisting of 100’s of computers. Networking can be as simple or complex depending on the network you are trying to implement.

A network consists of numerous passive and active components and devices. All the parts of a network are in place to allow your network devices to communicate either locally or with the outside world. Some of the most common network devices that need a network signal to function include computers, printers, laptops, IP cameras, IP phones, fax machines, and any other devices that rely on a network connection. The networking takes place as you build the network infrastructure to support these network devices, and as you actually put them on the network so they can start communication and accepting network signals.

When building a network there is really a huge amount parts, devices, and components that can be utilized depending on the type and size of network you are building. Some of the most common passive components of a network installation include network cables, keystone jacks, connectors, patch panels, patch cables, network racks, wall plates, rack shelves, and cable management. These are all passive components that are put in place to support the infrastructure needed for a network to deliver and acceptance signals between network devices. There are also numerous active components of a network that are used to actively deliver, manage, and organize those same network signals throughout a network. Some of the most popular active devices in a network include network routers, network switches, network hubs, and network servers, and computers. The above active and passive network components are all inter-connected together in a network installation to create the infrastructure you need to have a high speed network in place and ready for day to day use!

What kind of Cat5e Jacks does Cabling Plus offer?

We offer the entire line of Cat5e jacks manufactured by ICC Cabling Products. We feel that the ICC Cat5e jacks are the most durable, easy to terminate, and best performing Cat5e jacks on the market. They are guaranteed to exceed Category 5e industry performance requirements while supporting up to Gigabit Ethernet applications.

Should I use Cat 6 or Cat5e products for my network?

Do I need to buy a network rack or my installation?

No. If you do not have room for a full network rack installations there are other options available to support your networking devices and components. You can always use a smaller wall mount which will support a complete network installation in areas where room is limited. If you are designing a residential network then you can always use a flush mount residential enclosure and then install all your networking equipment directly in the enclosure.

Does Cabling Plus guarantee their networking products?