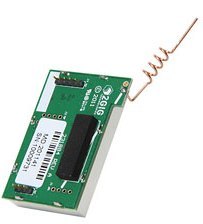 The 2GIG 2GIG-XCVR2-345 900 MHz Transceiver easily installs directly into the 2GIG wireless security panel.  It requires software version 1.8 or above on the panel to work properly.